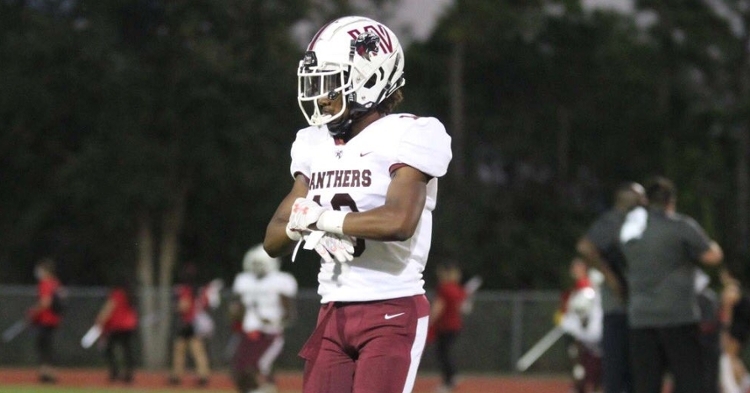 Monds is building a relationship with Mike Reed.

Clemson is on the prowl for playmaking defensive backs, and one of the top prospects in the 2022 recruiting cycle is quickly developing a relationship with cornerbacks coach Mike Reed.

Cornerback James Monds (6-0 175) is a 3-star prospect out of Fort Pierce (FL) Westwood that comes from a football family. Four of his relatives played in the NFL, and his father and uncle also played college ball. So, his blood runs thick with football heritage. And he’s an excellent soccer player to boot. Clemson offered Monds in November and he recently named the Tigers one of his top 13 schools. He has been talking with cornerbacks coach Mike Reed, and the two are getting to know each other better.

“It’s been developing real well,” Monds said. “I talk to coach Reed a lot and he tells me how they need more DBs to keep their streak of sending DBs to the league going. He just said he likes that I have the ability to make plays when the ball is around me. We play a lot of man and zone, but we mostly play man.”

Monds also has talked with defensive coordinator Brent Venables but has not yet spoken with head coach Dabo Swinney.

The other schools on his list right now are Miami, Indiana, Kansas, Wisconsin, Michigan, Nebraska, Mississippi State, Penn State, Kansas State, Cincinnati, Buffalo and Michigan State. Along with Clemson, Monds said Indiana, Penn State, Nebraska and Michigan are also really catching his attention. But he has a long road ahead before he makes a decision.

“Take it one day at a time and hopefully when visits open up I can go visit and see who I really like it and make my decision,” Monds said. “I might drop like a top six and then I’m going to commit in November around the early signing period.”

In 2019, Monds recorded 10 pass breakups and five interceptions. He is rated a three-star prospect at this point in the 247Sports Composite and the No. 58 cornerback nationally in the 2022 class.