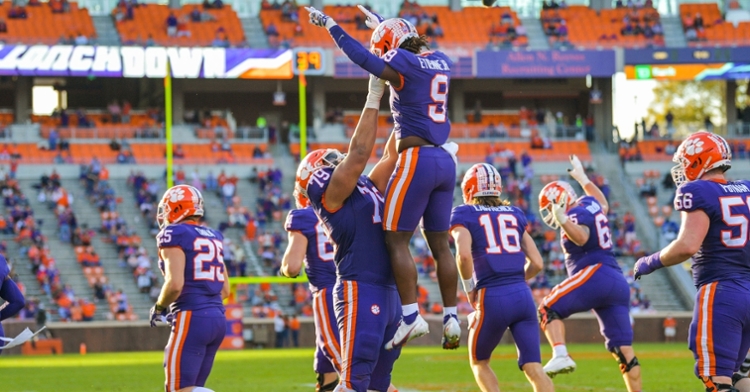 The ACC took its time Sunday to announce game times and TV networks for the Dec. 5 conference matchups.

The No. 3-ranked Tigers are set to play at Virginia Tech on ABC in a 7:30 p.m. broadcast start.

Clemson has won five in a row in the series after breaking a five-game losing streak to the Hokies with a 23-3 win in Blacksburg in 2011. They last played in 2017 in Blacksburg, a 31-17 decision.

A reason for the delay in announcing was the league finding Miami a new opponent after a postponement of their game with Wake Forest. They will play at Duke instead Saturday (8 p.m./ACC Network). The Blue Devils' game with Florida State was postponed with the announcement.

As was previously announced, the 2020 ACC Football scheduling model includes 11 games (10 conference plus one non-conference), played over at least 13 weeks with each team having two open dates. Through games of Nov. 28, the ACC has played 74 of its 85 scheduled games (87.1 percent).