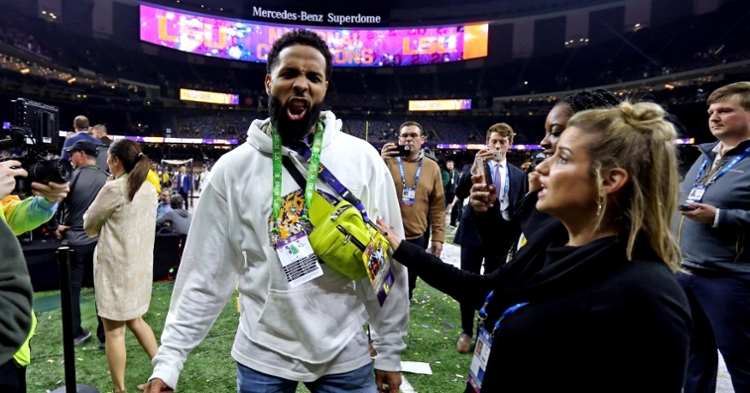 Beckham was unabashedly handing out cash after the win. (USA TODAY Sports-Chuck Cook)

As it turns out, you can't hand out $100 bills to college players on the field after your school captures a big win.

Former LSU and current NFL star Odell Beckham Jr. celebrated his team's national title win over Clemson in January by handing out $2,000 worth to the Bayou Bengals after the win at the SuperDome.

Wednesday, the school announced that the Level III NCAA violation warranted a two-year ban from the LSU facilities.

LSU officials had originally said that the money was fake but even Heisman winner Joe Burrow said it was real shortly afterward.

The school also announced it is docking eight football scholarships over a two-year period after an investigation found booster payments to a father of a football player, which occurred largely during Les Miles' run as head coach there.